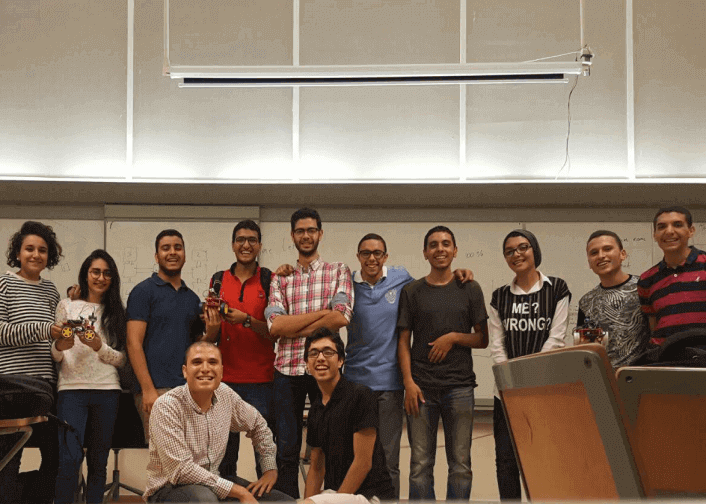 Summer program designed to test the capability of our students/members to learn the basics of Arduino and circuits, while building a maze solving robot over the time span of three days. Three teams had to learn how to design a circuit that connects between the wheel motors, motor drive and Arduino Uno. While writing a code than can translate input from ultra-sonic sensors to steer the Robot in the maze. Teams were able to build and code their robots to solve the maze with record of 39 seconds to Solve the maze. 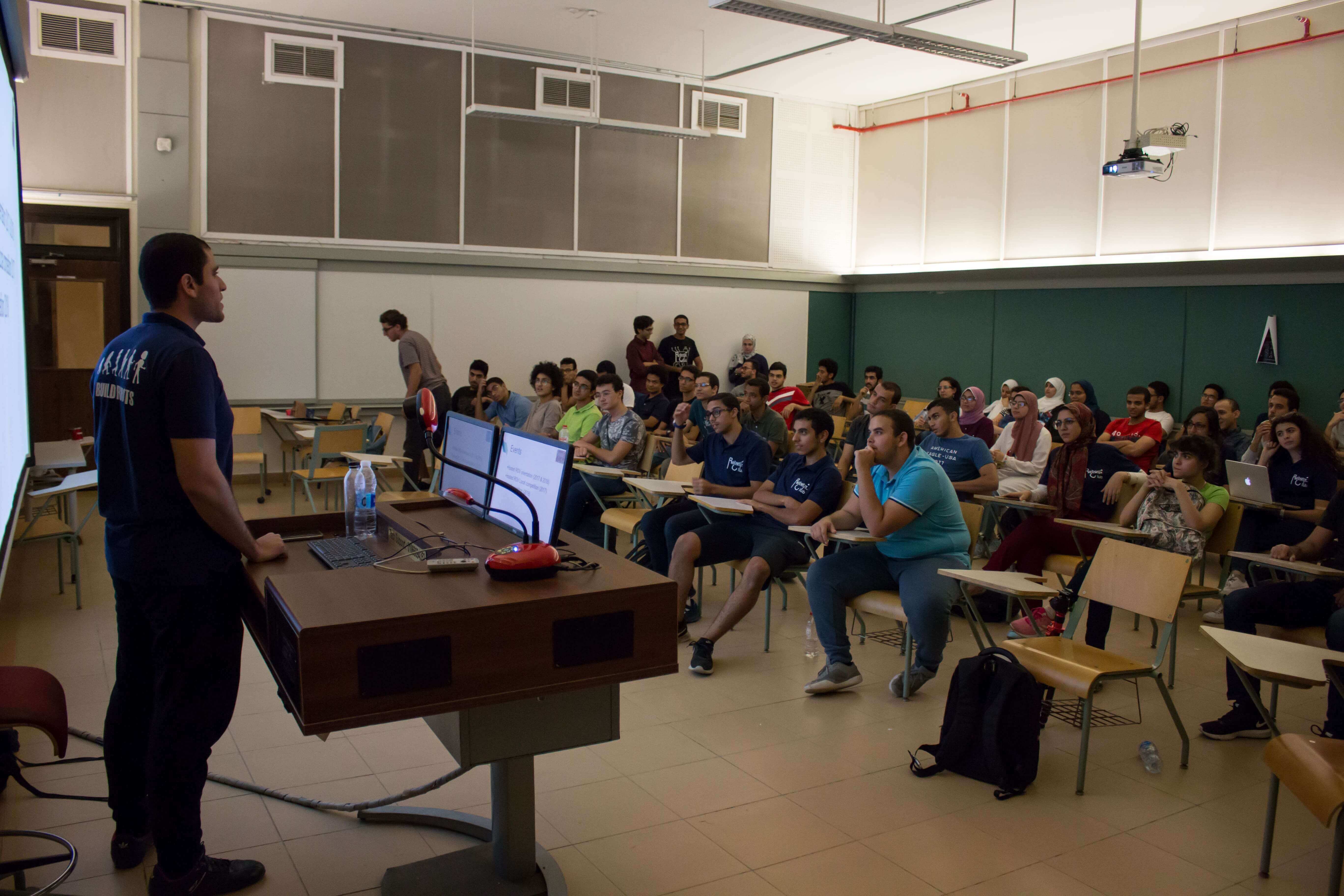 First event of the semester where we invite our members and new recruits to celebrate the start of semester and explain our upcoming events, committee work and programs/workshops. 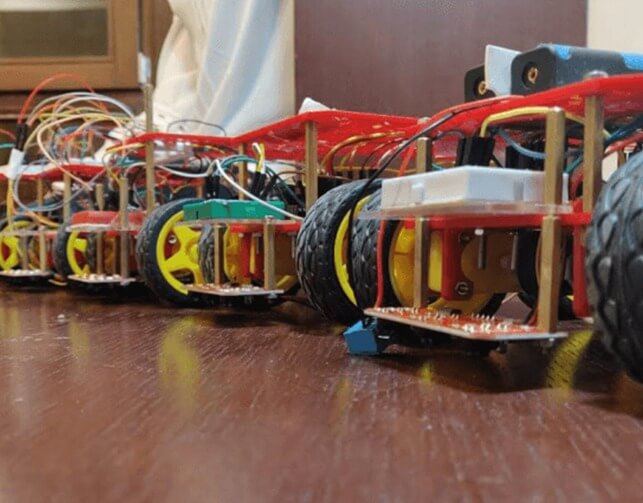 Program is designed to inform students about Motor drive, Arduino and light sensors. Students learn about the basics of coding and circuits with goal to build a line following sensor. 12 Teams compete with their robots for the fastest robot to follow the line till the end. 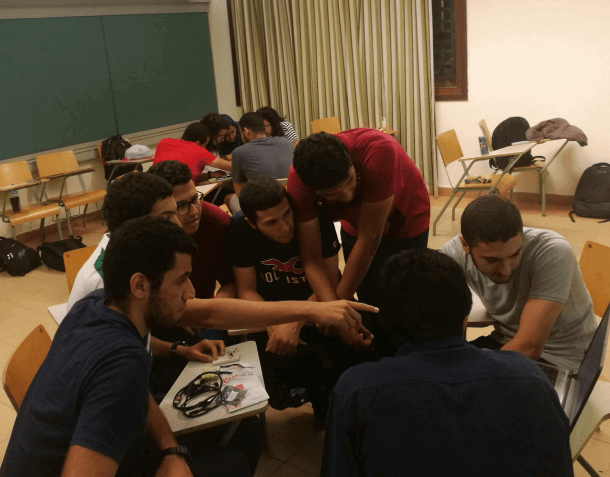 An intensive program designed to supply and teach students through theory and practice knowledge needed in the three main fields in robotics: Mechanical, Electronics and Software. Each field contained its own main objectives from creating a small circuit to designing and testing a PCB. Other fields had different objectives like teaching and designing mechanical parts on SolidWorks and writing a code simulating image processing using laptop cameras. 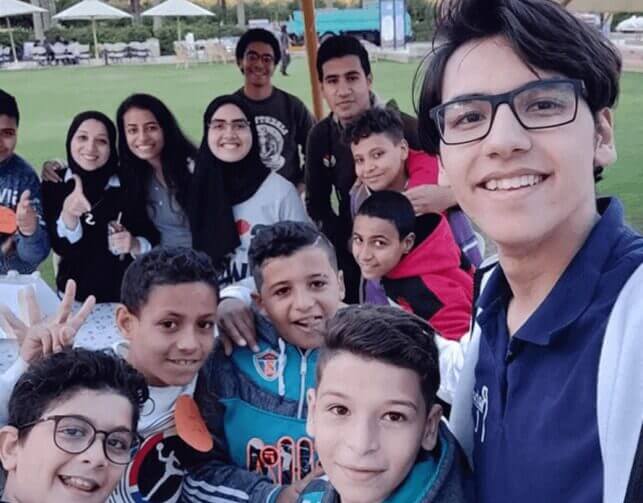 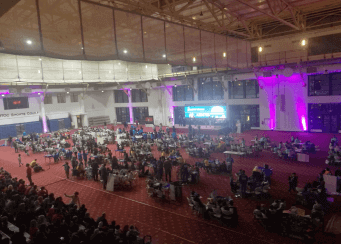 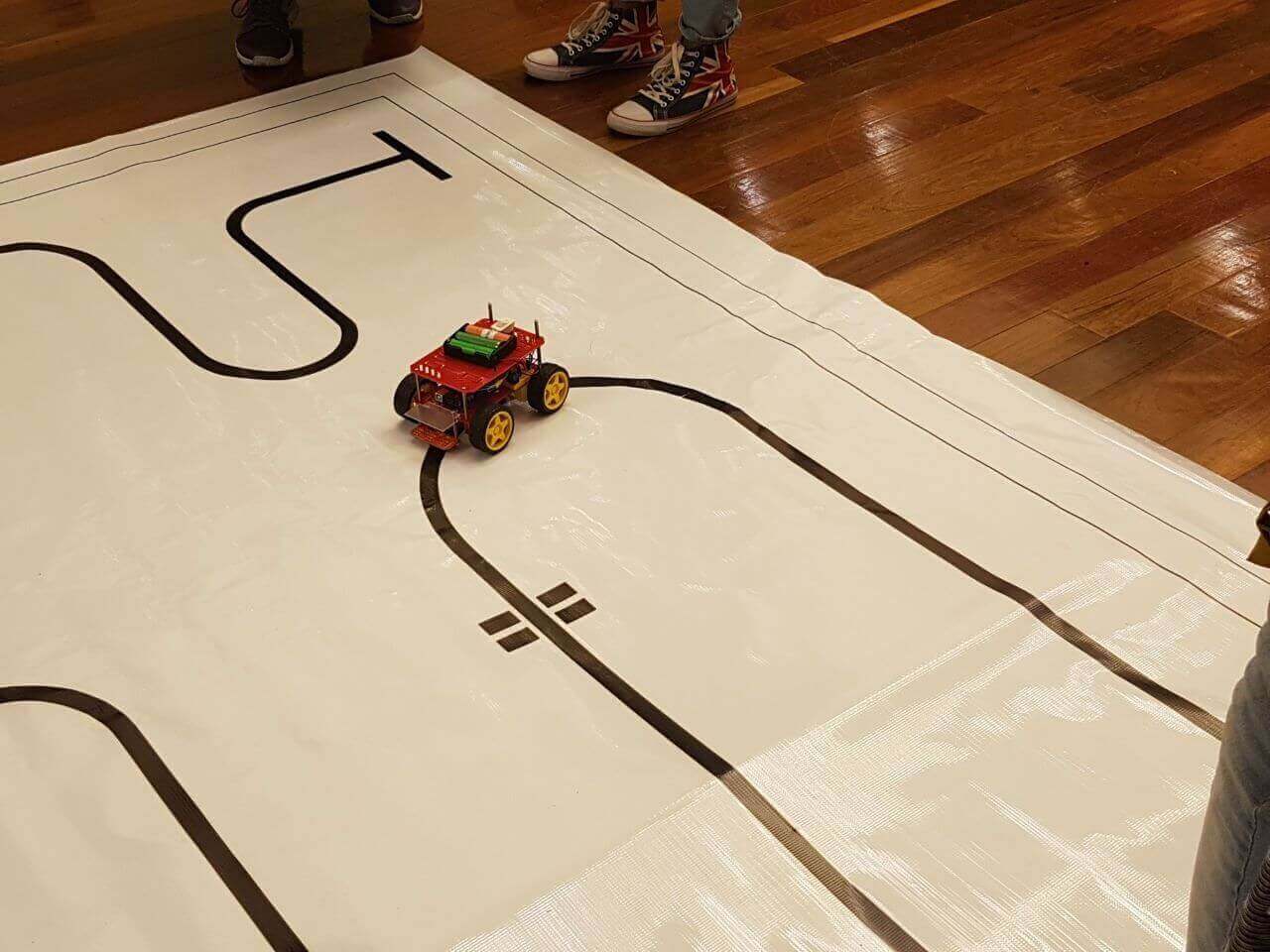 Program is designed to inform students about Motor drive, Arduino and light sensors. Students learn about the basics of coding and circuits with goal to build a line following sensor. 9 Teams compete with their robots for the fastest robot to follow the line till the end. 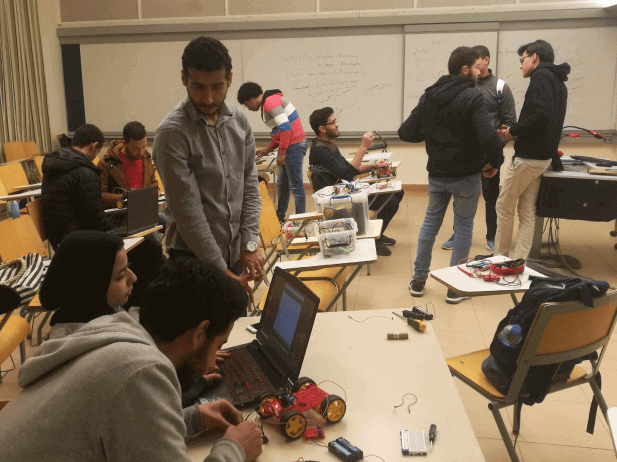 (Catch me if you Can)

Students were tasked to build a robot with an arm that can catch objects and replace them within a limited vicinity. Students faced challenges as during this program that had to design the robot arm on Solid works for the first time and design a mechanism that will allow the arm to work using one motor. Students were able to successfully build two Robots using gears mechanism to fulfill the goal of the program. 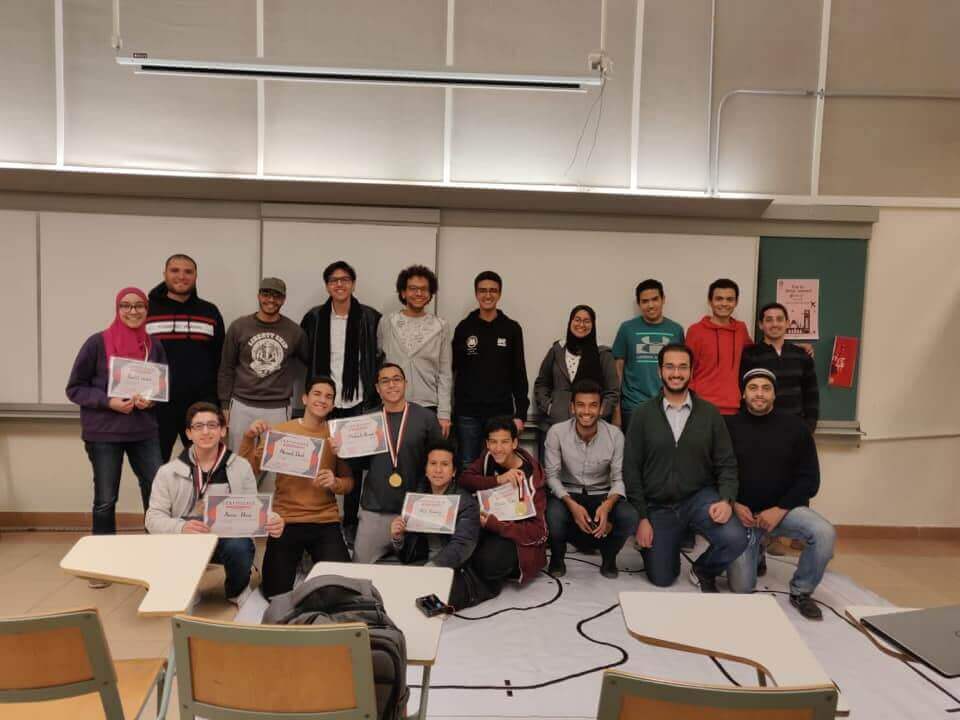 A program aimed for high school students grades 10 to 12 with goal to teach them how to build a line following robot over the span of one week. Students built 4 functional robots capable of solving the line map from start to end. 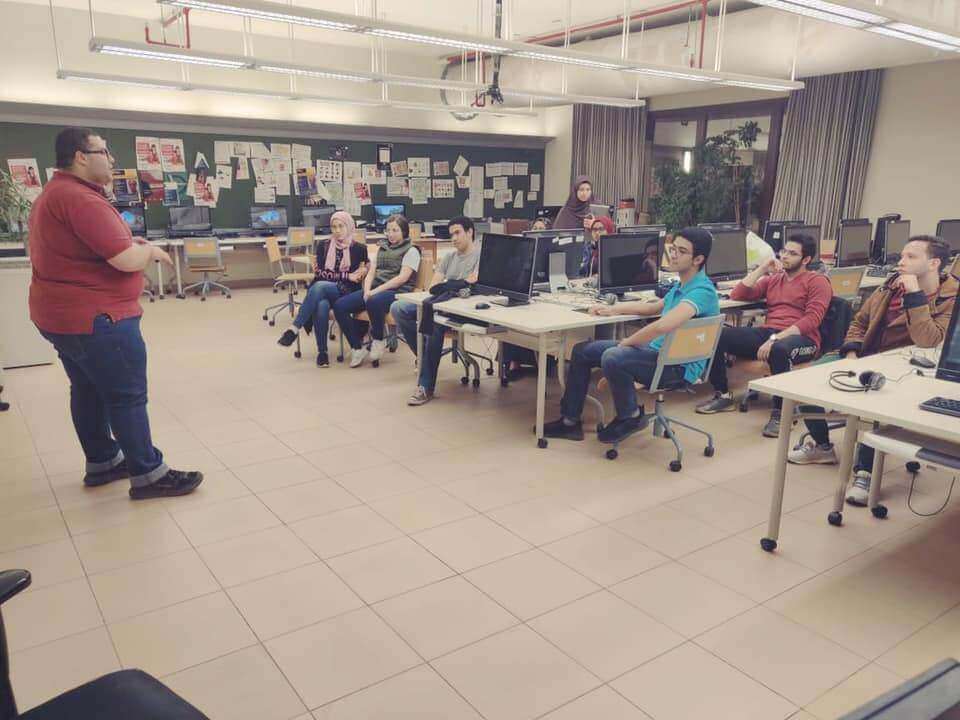 Introductory workshop designed to provide the basics of what is the function of the P.C.B. and how to design and Manufacture it. Students were able to build 3 different P.C.B.’s and test them for functionality. 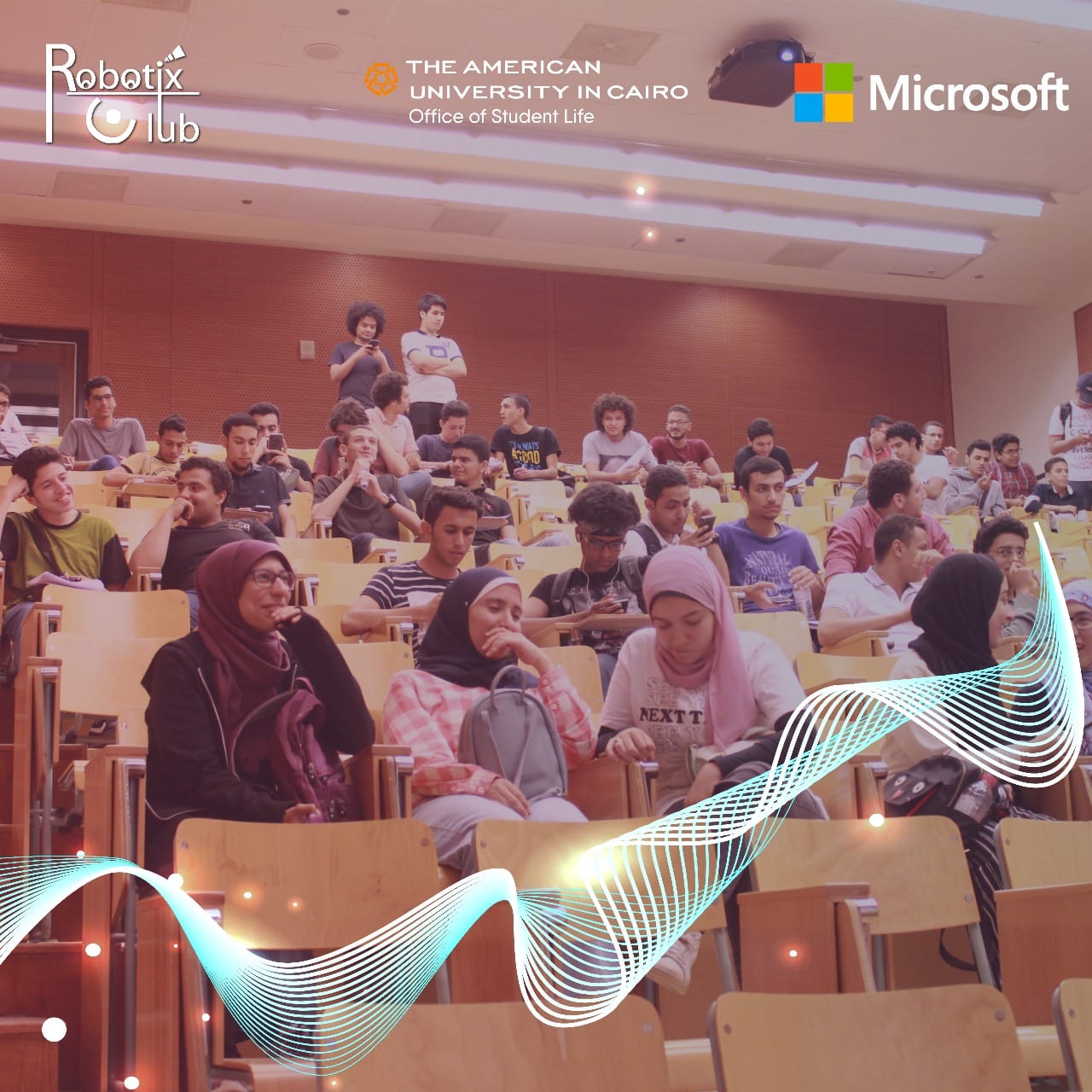 Event hosted and organized with collaboration of the Math Department. Over 1000 attendee going through several stages of tests and group challenges for a generous prize money of 5,000 LE.